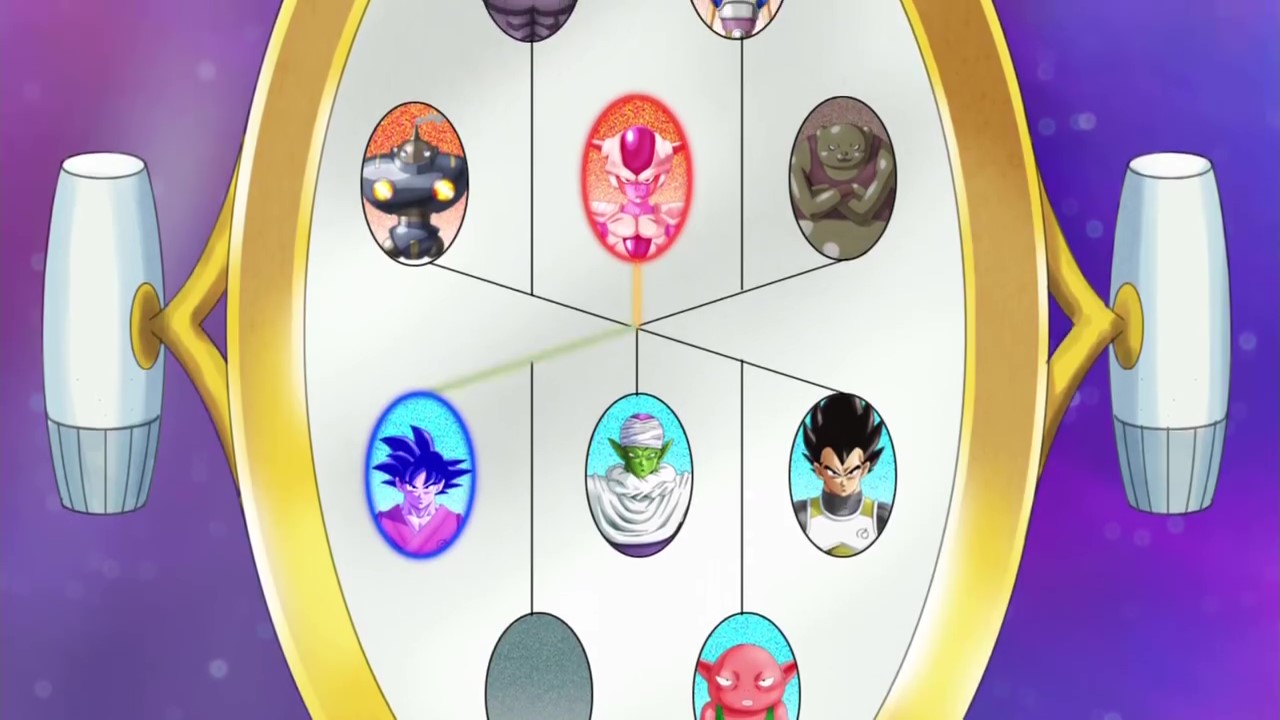 The fight between Goku and Botamo commences. Goku takes a while to warm up due to having overeaten during the trip. Although Goku seems faster and more well trained than Botamo, none of the hits that he lands seem to have an effect. Botamo seems content to simply take the punishment. Urged by Vegeta to think before he acts, Goku drags Botamo to the side of the ring and throws him out. This results in a win for Universe Seven. The next match begins almost immediately. The Frieza look alike named Frost (フロスト Furosuto) is Goku’s next opponent. In direct contrast to Frieza, Frost is a kind and beloved hero in Universe Six who looks forward to a challenge. Goku surprises Frost with knowledge of his transformations. Frost assumes a form that mirrors Frieza’s third form. Goku mentions his ability to transform as well. He transforms into a Super Saiyan. Frost responds by transforming into his final form. Frost seems greatly outmatched by Goku even in his final transformation. Suddenly, a strange effect comes over Goku that severely weakens him and allows Frost a chance to strike. Frost knocks Goku out of the ring, which stuns everyone from Universe Seven.