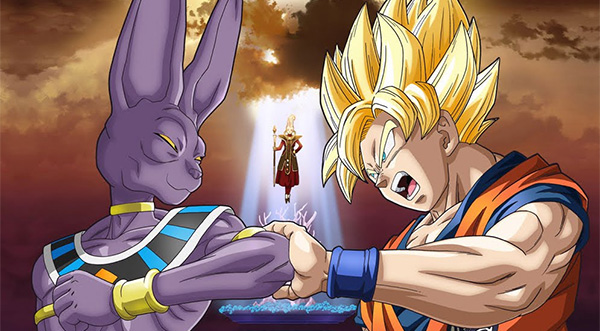 Dragon Ball Z: Battle of Gods is a 2013 Japanese animated science fantasy action film, the eighteenth feature film based on the Dragon Ball series, and the fourteenth to carry the Dragon Ball Z branding, released in theaters on March 30. It is the first Dragon Ball movie in 17 years to have a theatrical release, the last being the tenth anniversary movie in 1996, which followed the first three Dragon Ball films and the thirteen Dragon Ball Z films. Unlike previous theatrical Dragon Ball releases, this was a full feature-length production with a stand-alone release and not shown as part of the now-discontinued Toei Anime Fair (formerly the Toei Manga Matsuri).